This website is aimed at distributing interactive simulation demos that illustrate the wonderful world of soft matter physics.

This is an interactive simulation demonstrating self-assembly: particles organizing themselves into different structures. You can use it to simulate the behavior of a box full of particles, and see how they form gases, liquids, and crystals based on the density and temperature. The included models are:

For all models, system parameters can be changed on the fly, and the demo can plot various characteristics of the system (radial distribution function, structure factor, potential energy). 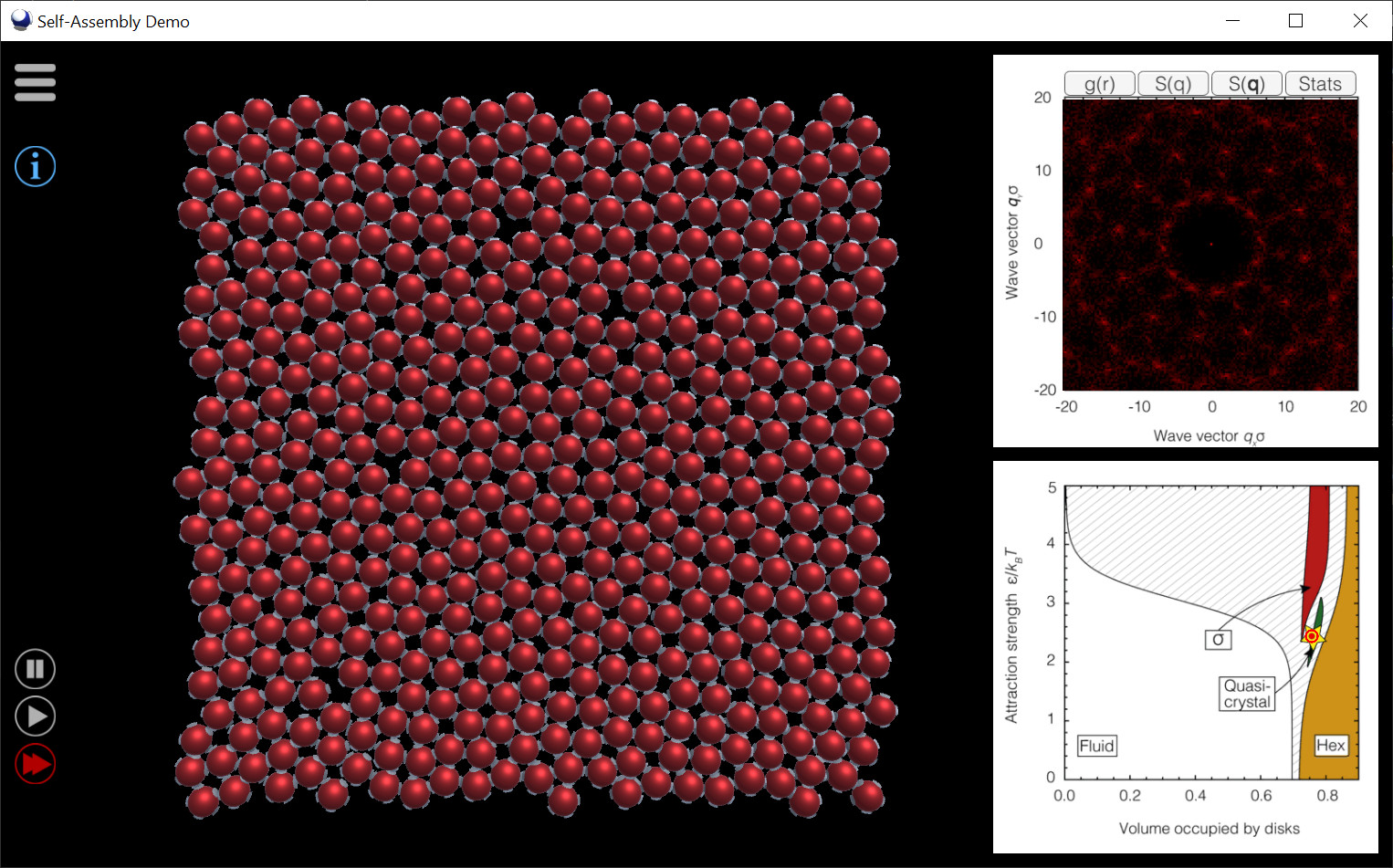 The demo is currently available for Windows only. A Linux version is in the works.

Instructions: simply download the .zip file, unpack it, and run the Sim.exe program found inside. Alternatively, download the Windows installer, and execute it.


If you have any questions or comments, please contact us at info@softmatterdemos.org